Aggravated assault is, unfortunately, a reasonably commonplace charge in the State of New Jersey. While simple assault charges are considered a disorderly persons offense which is similar to a misdemeanor, charges for aggravated assault are an indictable offense. In New Jersey, indictable offenses are equivalent to felony charges. Thus, if you are facing charges for aggravated assault, you are facing serious felony-level allegations. Felony charges can result in the loss of your freedom through a prison sentence, probation, or supervised release. Felony charges also carry significant monetary fines.

If you have been charged with aggravated assault, you will face an experienced prosecutor in Superior Court. This prosecutor has handled many cases like yours and knows effective strategies to secure guilty pleas and convictions. Luckily you don’t have to face the prosecutor alone. Our experienced and strategic New Jersey defense lawyers can fight to protect you from the charges you face. To schedule a no-obligation, private initial case evaluation call (609) 616-4956 or contact us online today. 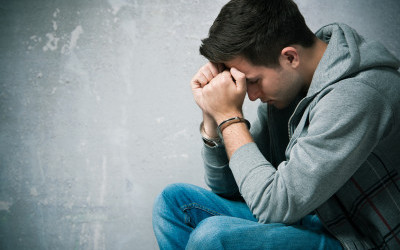 What Types of Conduct or Behavior Can Lead to Aggravated Assault Charges?

In New Jersey, Penalties for Aggravated Assault Charges Are Defined in NJ 2C:12-1(b)

The level of charges one may face for aggravated assault is based on a number of factors not limited to the accused’s intent, whether a weapon was used or brandished, the location the event occurred, and the severity of injuries inflicted upon the victim. As such, aggravated assault can be charged as a second, third or fourth degree crime.

At the least serious level for an indictable offense, a fourth-degree crime, one can be sentenced to serve up to 18 months in state prison. Furthermore, a fine of up to $10,000 is possible. For a third-degree aggravated assault charge, the convicted can face a three to five-year prison sentence along with a monetary fine of up to $15,000. The highest charge one can face for aggravated assault is a second-degree indictable offense. At this level, penalties escalate rapidly and due to provisions contained within the No Early Release Act (NERA), at least 85 percent of the up to 10-year sentence must be served. A fine of up to $150,000 can also apply for those convicted of a second-degree felony in Atlantic City, New Jersey. 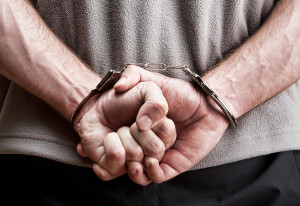 If you or a loved one is facing serious criminal charges due to allegations of aggravated assault in Atlantic City the experienced criminal defense lawyers of the Law Firm of John J. Zarych can fight for you. We work to defend your rights by asserting all reasonable defenses and forcing the prosecutor to carry each and every element of their burden of proof. Furthermore, we engage with the prosecution strategically to determine whether there are additional options to mitigate the consequences you face. To receive an initial case analysis call our firm at (609) 616-4956 or schedule a free consultation online.