Can You “Beat” Your Traffic Ticket?

If you have ever been on the side of the road with the familiar flashing red and blue lights behind your car you are probably familiar with the anxiety that goes along with being pulled over. You are also probably familiar with that feeling of dread when the officer hands you back your license along with a ticket.  There is a common misconception amongst New Jersey drivers that if you receive a ticket there is no way you can avoid paying for it. However, they would be surprised to find that there are many reasons for a judge to dismiss a ticket, or for you to effectively “beat” a traffic ticket.

Drivers who choose to go to court and advocate for themselves face an uphill battle, however working with an Atlantic City criminal defense attorney who has experience representing clients in municipal court can greatly increase your chances of having your ticket dismissed or reduced. For over 40 years the attorneys at The Law Firm of John J. Zarych have represented New Jersey drivers who have received a traffic ticket.

Getting Traffic Tickets in NJ

To begin, there are different types of traffic tickets. If you have been issued a ticket for a moving violation in New Jersey you have the option of either paying the ticket or you are entitled to appear in court and dispute the ticket, that is assuming that the ticket does not require you to go to court. However, while many begrudgingly pull out their checkbooks and pay for the ticket, others are becoming concerned with the increasing costs of traffic tickets.  For example, beginning in January of 2014, drivers could be expected to pay a higher amount if they were caught using their cell phone while driving. The fines for talking or texting on a hand-held device, such as a cell phone increased. 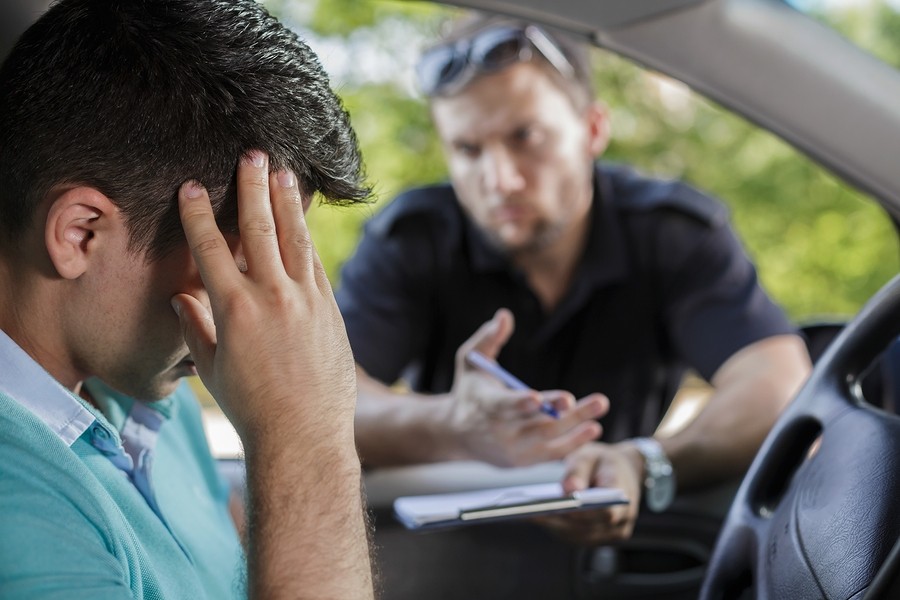 However, just because a driver goes to court after receiving a ticket does not mean that the judge will automatically dismiss or reduce the charges.  The first step in having your ticket potentially dismissed or reduced is to have your attorney speak with the prosecutor. This is an effective tool for having potential points reduced or altogether eliminated. Again, this is why working with a skilled municipal attorney is a good idea. The prosecutor is an attorney who is employed in part by the state and or the municipality to represent their interests, they are often skilled attorneys in their own right, however, will generally respond to a well-reasoned legal argument.

Why Hiring an Atlantic City Criminal Lawyer is Beneficial

The reason why it is beneficial to hire a lawyer is that many tickets do require you to personally appear in court.  If you receive a ticket in the mail that says “Court Appearance Required” you should not hesitate to contact an attorney immediately.  When you go to the local municipal court, you may be surprised how busy and crowded the court is. That being said, municipal court judges are under pressure to clear their calendars as quickly as possible and may not be as lenient ignoring the prescribed court rules that a skilled attorney will be aware of. That is not to suggest that you will be denied a fair hearing, that is only meant to warn that the judge generally will not have the patience to explain the rules of law and procedure that are expected.

In addition, hiring an attorney to accompany you to court and argue on your behalf will also keep you from waiting through a lengthy process as most municipal courts will handle attorney handled cases first before they address cases with pro se or self-represented people.  In addition to the convenience or not having to wait before you go before a judge, an attorney will be able to challenge the factual basis for your ticket. In some instances, the police did not follow prescribed rules and law before they wrote the ticket. For example, in New Jersey, a Breathalyzer must be calibrated before it can accurately determine a person’s blood alcohol content.  If it is not properly calibrated then it’s reading cannot be used to prove that a driver had a certain blood alcohol content.

An attorney who has experience representing New Jersey drivers will be intimately familiar with all of the nuances of the law, and hiring one can greatly increase your chances of having the ticket and charges dropped or reduced.

If you are facing a traffic ticket in New Jersey there is a lot at stake. A traffic ticket can result in heavy fines, points added to your license, and even jail. That is why it is always our suggestion that if you have received a traffic ticket in New Jersey to consider working with an experienced attorney.  At the Law Firm of John J. Zarych, we offer free and confidential initial consultations. If you are seeking aggressive and strategic criminal defense representation, call us at (609) 616-4956.