Drug charges are extremely serious in the state of New Jersey.  They can leave violators in prison for five to ten years on many convictions, with fines up to $200,000 – above the usual fines for similarly classified crimes.  In addition to these drug crimes, there are other crimes aimed specifically at prescription drugs.

Many of these charges are unfairly organized and classified.  They often treat drugs that are not particularly harmful and are usually taken recreationally the same way as more dangerous, addicting drugs.  Regardless of the prescription your drug charge is based on, or the circumstances surrounding your charge, you should hire an experienced criminal defense attorney who knows how to handle prescription drug charges.  The Law Offices of John Zarych has attorneys with real experience in defending against prescription drug charges in Atlantic County.  Call (609) 616-4956 for a consultation.

What Constitutes a Prescription Drug Crime in New Jersey?

There are a few different drug crimes in New Jersey.  There is one statute for general drug possession or use.  There is another for distribution and manufacture.  Marijuana has its own separate law, as does synthetic marijuana.  These general drug laws cover crimes associated with any controlled substances listed on New Jersey’s drug “schedules.”  These are drug classification charts based on danger of a drug, its addictive nature, and its ability to be used medicinally.  More severe drugs with worse addictions and less medical value are in the highest schedule, Schedule I.  The drugs go down to Schedule V.  Some examples include heroin and marijuana in Schedule I, cocaine in Schedule II, and crystal meth and Adderall in Schedule III. 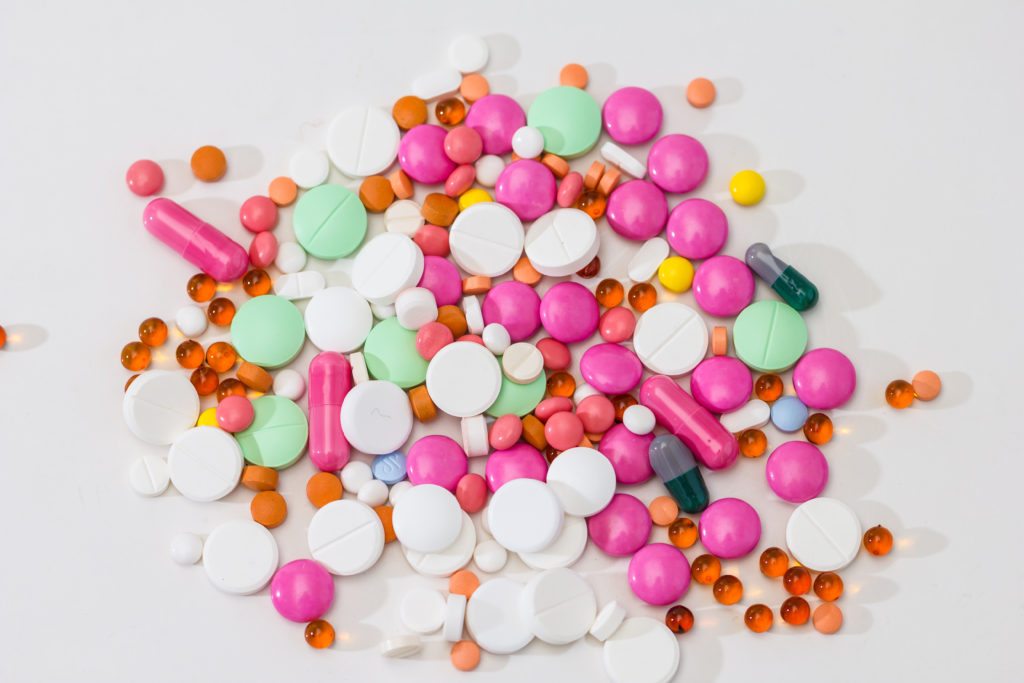 Some of these do not make much sense, though.  Treating a commonly-used medicine like Adderall with the same severe punishments associated with a dangerous, highly addictive drug like crystal meth does not seem fair.  Regardless, drugs are classified as they are, and their penalties scale depending on that classification, not upon the rest of society’s perceptions of the drug.  These penalties also scale depending on the weight of the drugs involved..

There is another crime aimed specifically at prescription drug possession, and it can even target people who are carrying their own prescribed medication.  N.J.S.A. § 2C:25-24 specifically punishes people who are caught with more than a ten-day supply of their own prescription medication if they have it outside the original bottle.  This means that if it is in your pocket or a clear baggie, even if you do have a prescription for it, you can be charged.  It will not extend, though, to something like a pill organizer, since that usually only holds a seven-day supply.

While possessing drugs is illegal, it is not illegal to have your own medication that was prescribed to you by a doctor.  Because of this, as long as you follow the rule that you carry your meds in your original prescription bottle, you cannot be convicted on charges of drug possession.  This is only the case for simple possession, though.  If, instead, you are charged with possession with intent to distribute, it does not matter if they are your prescription or not.  If you are caught actually selling drugs, whether they are your own prescription or someone else’s, you can still be convicted under these statutes.

There is another defense built right into the prescription drug offense.  N.J.S.A. § 2C:35-10.5 creates a “de minimis” exception.  This says that the violation of the law was so small that they will not count it as a violation at all.  This is available in many cases and on many charges, but this statute gives specific conditions that create a de minimis exception.  If you are charged with prescription drug distribution, you can defeat these charges if:

This exemption is there to cover things like people giving their family members a Valium to take on a plane ride.