When a man walked into University Hospital in Newark with a gunshot wound, authorities first thought that he was another victim of a growing violence problem. However, during a police interview, he identified himself Curtis Jefferson and told police officers that his wounds were the result of an armed robbery that occurred shortly before midnight. However, after a brief investigation, police officers discovered that Curtis Jackson was, in fact, an alias and that he was not the victim of an armed robbery, but was wanted for robbery in Kittanning Pennsylvania.  Once the falsity of his allegations became apparent, he suddenly found himself under arrest for falsifying a police report and obstruction of justice.

Filing a false police report is a serious matter, and if you are found guilty then you may spend years in prison and trying to pay the high fines that come along with this charge. If you have been charged with filing a false police report in New Jersey, you face serious penalties. Furthermore, your credibility and good name are on the line. If you are charged with filing a false report with the police contact the Law Offices of John J. Zarych today. To schedule a free consultation call (609) 616-4956 or contact us online.

In New Jersey, there are two ways for the State to charge someone with filing a false police report under N.J.S.A. 2C:28-4. The first way a false report charge arises is where someone falsely incriminates another person. The second way 2C:28-4 can apply is where a defendant files a fictitious police report or statement. 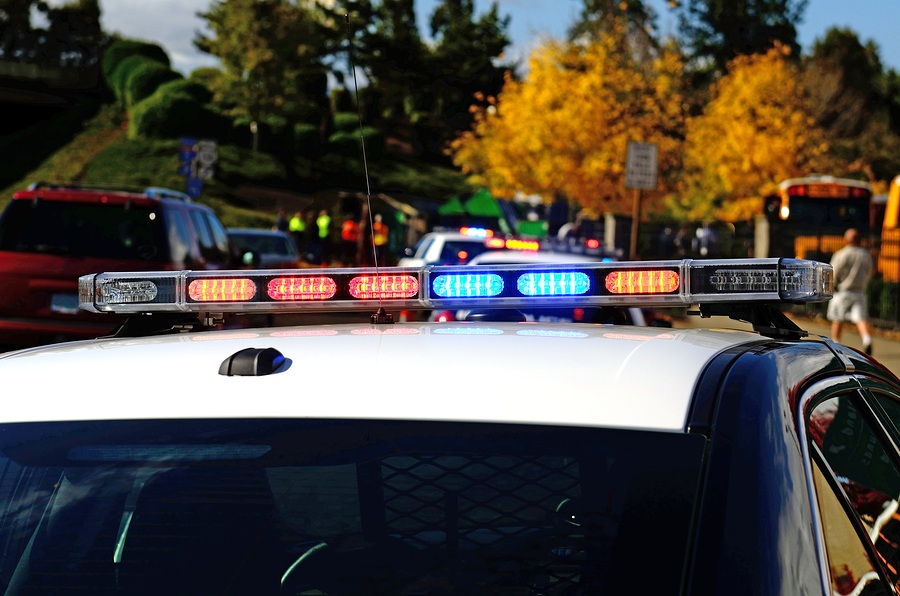 This can be explained in two ways. A false police report can consist of a positive statement or an omission.  Under 2C:28-4(a) if a person knowingly gives or causes to be given false information to any law enforcement officer with purpose to implicate another. This would be the case where a person makes a positive statement that would potentially incriminate another person.

To convict someone under N.J.S.A. 2C:28-4(a) for falsely incriminating another person, the State must prove beyond a reasonable doubt that the defendant:

(2) Gave or caused to be given false information;

(3) To any law enforcement officer; and

(4) Did so with the purpose to implicate another.

Such is the case noted above, where the man gave a fictitious name and claimed that he was the victim of an armed robbery.  A person who engages in such acts can be charged and convicted of a crime of the fourth degree.

The second type of false reporting charge in New Jersey is provided for in 2C:28-4(b) titled Providing a Fictitious Report Charge.  This charge is less serious than the former, and can include omissions of fact as well as positive statements. Under 2C:28-4(b)  A person commits a disorderly person offense if he:

Reports or causes to be reported to law enforcement authorities an offense or another incident within their concern knowing that it did not occur; or

This charge lends itself to include omissions of fact as well as positive statements. While the abovementioned individual may have made positive statements in many cases failing to tell the police a pertinent fact.  There are many reasons why people file a false police report. Namely, to divert suspicion from themselves, to gain custody of children in divorce proceedings, and to allege fault and assign blame in car accidents.

When there is a crime, the police will come to the scene and will conduct an investigation. This may include gathering evidence at the scene, conducting interviews of any witnesses, and if need be to conduct further investigations.  All of this information will then be gathered and compiled into a police report. Many times a police report is used as the basis for filing charges or arresting another person, and thus denotes how important an accurate police report is to the criminal justice system. Officers undergo extensive training to learn how to accurately investigate a crime scene and conduct interviews, and as you can imagine this can take an incredible amount of time and energy on the part of the police and law enforcement officials. Therefore, anytime that police are provided with a false report, their time is effectively being wasted.

As explained above, there are two ways that a person can be charged with filing a false police report. N.J.S.A. 2C:28-4(a) False Reports to Law Enforcement Authorities  is considered a crime of the fourth degree and is an indictable offense which is similar to a felony charge in other states. Because it is a very serious charge, it carries with it substantial penalties. A defendant who is convicted of a fourth-degree indictable offense can be sentenced to serve up to eighteen months in state prison. A fine up to $10,000 can also be imposed at the discretion of the judge.

N.J.S.A. 2C:28-4(b) on the other hand is considered to be a disorderly persons offense. While these are not as serious as indictable offenses, a disorderly persons offense still carries hefty penalties including the possibility of facing up to six months in jail. In most cases, due to the presumption against incarceration for first-time offenders, a jail term will not be ordered. Additionally, a person may be fined up to $1,000 under this section of the New Jersey Code.

Call for a Consultation with a South Jersey Criminal Lawyers

Don’t make the mistake of thinking that because you are only facing a disorderly persons offense that you will not face serious consequences if you are convicted. Whether you were charged with a disorderly persons offense or an indictable offense, filing a false report with law enforcement officials can result in substantial and long-lasting penalties if you are convicted. If you are charged with filing a false report with the police contact the Law Offices of John J. Zarych today. To schedule a free consultation call (609) 616-4956 or contact us online.