How Does the IRS Investigate Tax Evasion?

The IRS is arguably the most dreaded agency of the United States government.  The Internal Revenue Service has built a fearsome reputation for collecting its due, and the mere prospect of an audit is enough to fill most taxpayers with panic and terror.  The IRS routinely works with the Department of Justice (DOJ) to sniff out tax evasion, tax fraud, and other tax crimes – but how does the process work? Who is at highest risk for being investigated?  And what sort of investigation techniques does the IRS use?  Our tax fraud attorneys have the answers.

The Criminal Investigation Division of the IRS, called the CI Division or CID, involves itself in the investigation of numerous tax crimes and white collar crimes.  Some common types of financial crimes and tax offenses include:

In some cases, the CI division will even get involved with narcotics enforcement (i.e. drug crimes).  While the IRS won’t be interested in matters like simple drug possession or possession of paraphernalia, it does concern itself with issues such as money laundering and healthcare fraud, as these types of crimes are detrimental to the U.S. economy.

If you or a loved one has been charged with fraud, it is imperative to contact an experienced NJ fraud defense attorney immediately. 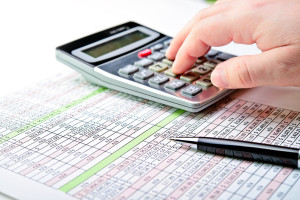 Who Gets Audited Most? Red Flags and Risk Factors

First and foremost, let’s be clear that most audits do not lead to criminal investigations.  Some people are selected for an audit completely at random based on a computer algorithm – not because of anything fishy in their tax documents.  However, when an audit does turn up “firm indications” or “affirmative acts” of noncompliance with the Internal Revenue Code or IRC, the auditor will refer the case to CID for further investigation, provided some additional standards are also met.  In Fraud Handbook 25.1.2.1, the IRS describes affirmative acts of fraud as “actions [which are] taken by the taxpayer, return preparer and/or promoter to deceive or defraud.”

Only a small portion of audits are based on random selection.  Some common risk factors for being audited by the IRS include:

How Do IRS Criminal Investigations Work?

Audits are not the only wellspring of CID investigations.  The IRS might also initiate a criminal investigation upon receiving a tip from a member of the general public, and routinely assists other law enforcement agencies with ongoing investigations.

Once a case is referred to CID, special agents begin work on the “preliminary investigation.”  The special agent turns his or her findings over to a supervisor, who decides whether the investigation should continue based on the information presented.  If the supervisor grants approval, the special agent then begins a “subject criminal investigation,” which might involve investigative techniques like using surveillance, interviewing people, and subpoenaing the suspect’s bank records.

The special agent is not a lawyer, so he or she works with IRS Chief Counsel Criminal Tax Attorneys to make sure all aspects of the investigation are appropriate from a legal standpoint.  Compiled evidence is then re-reviewed by the agent and his or her supervisor, which can lead to one of the following results:

The IRS is unafraid to take aggressive enforcement measures against noncompliant taxpayers.  If you’ve been charged with tax evasion, failure to file or pay tax, or other tax crimes or white collar crimes, it is absolutely critical to contact an experienced criminal defense attorney immediately.  To set up a free and completely confidential legal consultation, call the Law Offices of John J. Zarych right away at (609) 616-4956.  Our phone lines are always open, including nights, weekends, and holidays. Se habla español.