If I Accidentally Find Child Pornography, Can I Get into Legal Trouble?

The internet is a sea of files, and sometimes, they don’t lead where you expect.  If you accidentally open or download child pornography, could you be criminally prosecuted?  Or will your lack of criminal intent protect you from being charged with a crime?

Imagine you’re browsing the internet, absent-mindedly clicking on any links that look halfway interesting.  Without giving it much thought, you click on a link – and suddenly, your screen is filled with sexual images of minors.  As you begin to panic, another message pops up on your screen: pay an exorbitant fine, or face criminal prosecution.  The pop up might even say that your computer is now under surveillance by the FBI.

This does not mean you have downloaded child pornography.  It means that your computer has been infected by “ransomware,” or malware which requires the victim to pay a fee in order for the malware to be removed so that you can use your computer normally once again. 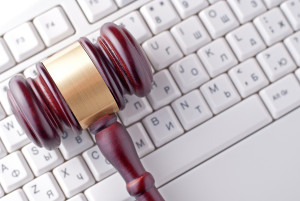 In 2013 one Denver man known only as “Rob,” who requested his identity to be concealed, told Colorado’s 9NEWS, “I’ve never viewed child pornography.  I was willing to pay any money to sort of like make it go away…  People should really be aware of just how elaborate these schemes can be.”

If your smartphone or computer has been infected with a virus, you may need to perform a factory reset to restore the device to its original settings.

While these ransomware scares are false alarms, there are cases of innocent people unintentionally viewing or downloading actual child pornography.  Unfortunately for these individuals, the consequences can be severe.

What if I Clicked a Link to an Illegal Website by Mistake?

As you can see from this example, the defendant’s intent can make a world of difference with regard to how the defendant is charged – and punished, if he or she is convicted.  Unfortunately, intent is not considered when prosecuting defendants who accidentally access child pornography.

From the court’s point of view, it essentially does not matter that “it was just a mistake,” or that – like Rob in Denver – you’ve “never viewed child pornography.”  It is also not a defense to state that a file was misnamed or mislabeled, and that you thought you were downloading a song or movie, for reasons we’ll explain shortly.

New Jersey’s child pornography laws are set forth in N.J.S.A. § 2C:24-4 (Endangering Welfare of Children).  Under this statute, “A person commits a crime of the second degree if [he or she]… knowingly distributes [or stores, maintains, or possesses] an item depicting the sexual exploitation or abuse of a child.”  A “child” is defined as any person younger than 18 years old.

The statute’s use of the word “knowingly” initially makes it sound as though accidental downloads fall outside the scope of these charges.  Unfortunately, the statute then goes on to explicitly state that the following:

The statute defines possession of child pornography to mean “receiving, viewing, or having [child pornography] under one’s control, through any means, including the Internet.”  If you open an image or download a file, you have “viewed” or “received” an item, and can, therefore, be charged with possession. 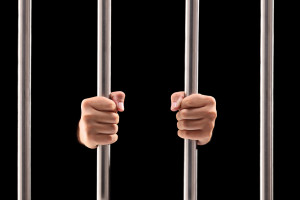 Child pornography charges are subject to extremely severe penalties under New Jersey law, as these offenses are indictable crimes (equivalent to felonies) instead of disorderly persons offenses (equivalent to misdemeanors).  Depending on various factors, the offense may be graded as a second or first degree crime.  If you’re convicted, you could be fined with hundreds of thousands of dollars, incarcerated for years, and be required to register a sex offender.

When the potential consequences are this severe, you need a skilled and compassionate defense attorney protecting your rights.  At the Law Offices of John J. Zarych, our legal team has over 45 years of combined experience fighting child pornography charges in New Jersey and offers free initial consultations.  To set up a private consultation completely free of charge, call our law offices at (609) 616-4956 right away.  Se habla español.