What Are Your Constitutional Rights in Criminal Cases in New Jersey? 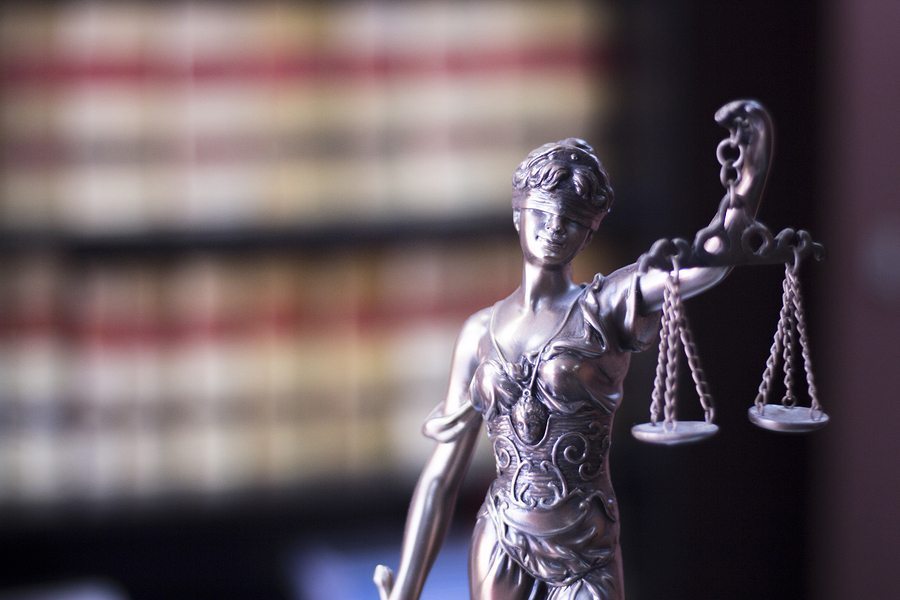 The United States Constitution is the founding document that sets up the federal government the way it is.  It tells the government how it is supposed to be run, who runs it, and what it can – and most importantly – cannot do.  Everyone, even the government needs to follow the laws.

Some of the things protected in the Constitution are rights, which the government is not allowed to violate.  Many of these are extremely important to criminal law.  Much of the time, if the government does violate your rights, they are punished in some way.  Whether it be barring them from using obtaining certain evidence, barring them from using certain evidence, or barring them from prosecuting you altogether, the Constitution has your protection in mind.  The following are some of the most important constitutional rights for those facing criminal charges to understand, as explained by our Atlantic City criminal defense lawyers.

The Right Against Self-Incrimination (The Right to Remain Silent)

This right is usually known as the “right to remain silent” or “The Fifth,” and is found in the Fifth Amendment of the Constitution.  The actual text says that you cannot be forced to “be a witness against” yourself.  That means that at no time can the government force you to tell them something that they can use as evidence against you.

Miranda v. Arizona, a landmark Supreme Court case from 1966, declared a few important rules for the right to remain silent.  The first is that if the right to remain silent is violated, the government is not allowed to use that illegally-gained information against you.  They could use it to prosecute someone else, but they cannot use your own words against you without your permission.

While it is called the “right to remain silent,” to use this right, you actually have to tell police that you are using it.  If you do not tell them you want to use your right, they are allowed to continue asking you questions.  As soon as you tell them you are using your right, then they must stop asking you questions.  Questions about that case may not resume unless you approach them on your own about it.

The second part of the ruling requires that in any “custodial interrogation,” police and prosecutors need to warn people that they have the right to remain silent.  Being questioned by police can be scary, so if the police have you in custody, it may seem like you must do what they say.  The “Miranda warnings” help cure that issue by reminding you that you can refuse to answer.

Miranda warnings are the “You have the right to remain silent.  Anything you say can and will be used against you in the court of law,” and so forth that you usually see in cop shows and movies.  These rights need to be read any time police 1) have you in custody and 2) are interrogating/questioning you.  If you have not been arrested or taken into custody, you do not need to be read these rights.  Unlike in movies, if they arrest you but are not asking you questions, you also do not need to be read your rights.

This right also means that you do not need to get on the stand and testify at a trial against you.  You can, if you want, but it opens a lot of information that would otherwise be unfair to ask about.  The Fifth Amendment cannot protect you from information that you volunteer on the stand or in an interrogation after you have been properly warned of your rights.

The Right to Hire a Criminal Defense Attorney in New Jersey

The other part of the Miranda warning that most people know is, “You have the right to an attorney.  If you cannot afford an attorney, one will be provided for you.”  This tells people about another crucial right that they have.  In any criminal case, no matter how light or how severe, you are allowed to have an attorney help you through it, as protected by the Sixth Amendment of the Constitution.

That means you can hire an attorney of your choice for your case.  As long as they meet the proper requirements in that state, you can use them.  In New Jersey, that means only members of the New Jersey Bar can represent you.

You also have the right to an attorney, even if you cannot afford one.  This usually the government appoints an attorney to represent you.  In some counties, these lawyers come from the Public Defender’s Office, where they represent clients for free.  Other times, attorneys who usually charge for services are on a rotating list and will be paid by the government for the services they give you.  If you do not want one of these free attorneys, you can always hire an attorney that you choose, if you can afford it.

The right to an attorney not only helps in trial, but during questioning and other pre-trial activities, such as negotiating a plea deal.  Whenever police ask you questions, you have the right to have an attorney present to advise you on how to answer (or not answer).  If you ask for an attorney during questioning, police can no longer ask you about anything until you have an attorney present.  That might mean sitting in jail for a while until your attorney gets there, but it is worth it.  This protection is slightly more powerful than the right to remain silent, since they cannot ask you about the case in question nor other cases – not just the one in question like the right to remain silent.

Right Against Search and Seizure

The Fourth Amendment of the Constitution provides that the government is not allowed to search or take your possessions, nor arrest you, without a warrant that is signed by a judge and based on “probable cause.”  These are called “searches” and “seizures,” where “seizure” includes both taking things or arresting a person.  The first limitation is that these rules only apply to searches and seizures.  That means that if police do not perform a search or a seizure, they do not have to follow these rules.  A traffic stop, looking in your front window, or simply observing you out on the street are not searches nor seizures and do not need warrants nor probable cause.

A warrant is a piece of paper, signed by a judge, that explains the place to be searched and the things they are looking for, or the things or people to be taken into police custody.  They must be reviewed and signed by a judge – sometimes called a magistrate – to be valid.  Sometimes, though, warrants take too long.  There is a list of exceptions so police can skip getting a warrant.  Examples include when the property to be searched or seized is mobile, like a car, or when the police actually see the crime being committed and chase down the actor.

Warrants must also be based on something called “probable cause.”  This means that there is enough evidence to show that things are as the police think they are.  For searches, the police need to have enough evidence to show that the items linked to a crime probably exist, and are probably at the location to be searched.  For an arrest, the police must show that they think a crime was committed, and that the person to be arrested was probably responsible.  This is always necessary for any search or seizure, even if a warrant can be skipped.

The Right to a Trial by a Jury of Your Peers

The Sixth Amendment guarantees more than just the right to an attorney.  It also guarantees that you get a trial, the trial is open to the public, the trial is “speedy” (which means it will not have unreasonable delays), and that you get to use a jury.  The right to a jury trial means all determinations about what happened in the crime are left to a group of normal, everyday people to decide.  The judge does not actually make any decisions about fact in a jury trial – that is all left to the jurors.

In New Jersey, the New Jersey Rules of Criminal Procedure, Rule 1:8-2 states that every criminal trial will have twelve jurors.  The number can be reduced to only six, if both parties agree.  Additionally, to come to a decision, at least ten out of the twelve must agree (five of six, if using only six jurors) – it does not need to be a unanimous decision, but it must be close.

The guarantee in the Constitution is also that the jury is “of your peers.”  Various Supreme Court cases have taken this to mean that the jury must be made up of normal people who are somewhat like you.  That means that the government and the prosecutors are not allowed to use any trickery in how they select juries that would create an unfair representation of your sex and race in the jury pool, and that you are allowed to remove jurors from the jury if they might have prejudices against you.

The Right Against Double Jeopardy

The Fifth Amendment, the one that protects your right to remain silent, also protects you from what is called “double jeopardy.”  This means that you cannot be tried for the same crime twice.  If you have been convicted of a crime, they cannot try you again for the same crime and punish you a second time.  It also means that if the case against you ended, and you were found not guilty, that the government cannot try again to convict you.

In fact, any time a case ends in what is called an “acquittal,” the government is done with their case and cannot try again to convict.  While charges might be dropped before a trial starts, this is not an acquittal.  Sometimes a trial ends with a jury who cannot make a decision, or the trial is ended by some error in how it was conducted.  These “mistrials” are also not acquittals and do not prevent the government from trying again.  An acquittal only occurs when a jury reaches a verdict of “not guilty,” or a judge decides that there is not enough evidence to convict.

If you are facing criminal charges against you, exercise your right to an attorney.  If you are in New Jersey, contact the Law Offices of John Zarych.  Our New Jersey criminal defense attorneys practice throughout the state of New Jersey to make sure that our clients have not only the Constitution on their side but also an experienced lawyer.  Call (609) 616-4956 today for a free, no-obligation consultation with our experienced criminal defense attorneys.