What are the Penalties for Illegal Possession of Prescription Drugs in Atlantic City? 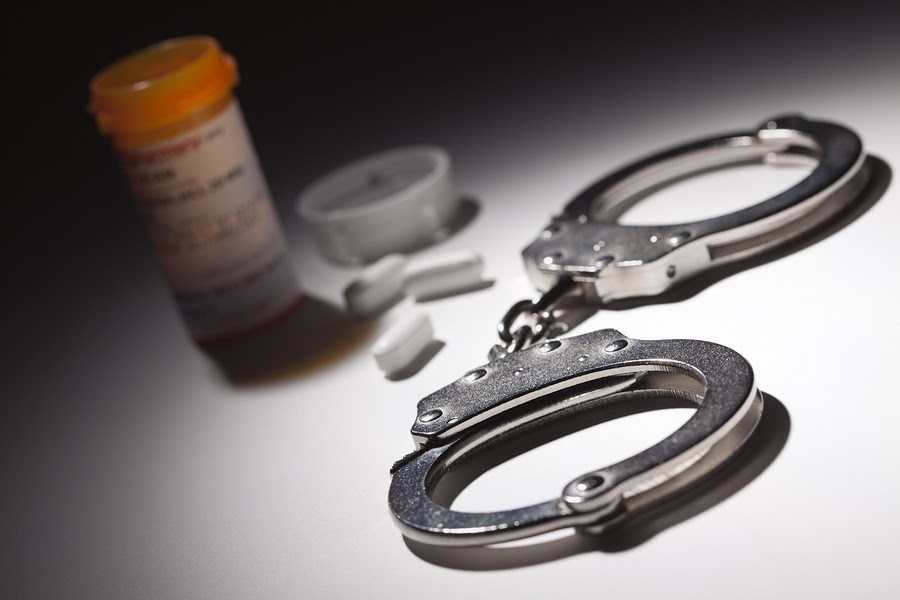 Having a prescription drug without a lawful prescription can get you in serious trouble in New Jersey. There are even more serious penalties for drug distribution crimes. If you were arrested for drug possession for prescription drugs, you may be facing the possibility of high fines, jail time, and a criminal record. For strategic, focused legal representation, contact the Law Offices of John J. Zarych today. John Zarych has over 30 years of experience in criminal defense, and his Atlantic City perscription drug possession attorneys can help protect your rights and fight prescription charges.

Under New Jersey drug laws, the only way you can legally have drugs is as part of your job or because of a prescription. Doctors, pharmacists, and other personnel may legally possess drugs when filling prescriptions or treating patients. Similarly, anyone with a prescription can possess and use the drugs that were prescribed to them. However, this becomes a legal problem when you possess drugs without a prescription.

Just because a drug usually comes with a prescription does not mean that the drug is a “legal drug.” Unless the drug was prescribed to you, you could face serious charges for drug possession in Atlantic City. N.J.S.A. § 2C:35-10 is the main drug possession crime in New Jersey, and makes it illegal to possess any controlled substance without a valid prescription.

The level of crime for drug possession breaks into different levels of crime depending on what drug you possess. Drugs are classified into different “schedules,” with Schedule I drugs being the most controlled and dangerous drugs, and Schedule V drugs being the least dangerous. Drugs with higher schedule numbers are typically used for medical purposes, whereas Schedule I drugs typically include illicit criminal narcotics. The following are some examples of prescription drugs that may be illegal to possess without a prescription:

Based on the language of N.J.S.A. § 2C:35-10(b), you may also face criminal charges for misuse of prescription drugs. This subsection makes it illegal to be under the influence of any drug “for a purpose other than the treatment of sickness or injury as lawfully prescribed or administered by a physician.” This may apply to people who save up medication in order to later use it recreationally. Even with a valid prescription, abusing the meds to get high may be illegal.

The potential penalty for prescription drug possession depends heavily on its classification. Drugs that are Schedule I through III are highly controlled and regulated drugs, many of which are narcotics. These drugs are highly regulated due to their high potential for abuse. Because of this, the penalties for illegal possession are higher. Although Schedule IV drugs have a lower potential for abuse, they are still often used recreationally and are included in the higher tier of penalties.

Possession of a Schedule I-IV drug is a third degree crime. Most third degree crimes in New Jersey carry a potential penalty of three to five years in prison and fines up to $15,000. This means that the minimum sentence for possession of a Schedule I-IV drug is three years in prison. However, New Jersey takes drug crimes very seriously and actually increased the fine to a maximum of $35,000 for this crime.

Possession of a Schedule V drug has a lower penalty, but is still a serious offense. This crime is a fourth degree crime. Fourth degree crimes in NJ typically have a maximum of 18 months in prison and a fine of up to $10,000. However, the fine is also increased for this offense, to a maximum of $15,000.

Lastly, the crime of using a prescription drug other than as intended also carries potential fines and jail time. This is a disorderly persons offense. In New Jersey, this is the equivalent of what the federal criminal system and other states call a “misdemeanor,” and carries a potential of up to six months in jail and fines up to $1,000.

There may also be federal penalties for possession of prescription drugs. Drug possession and trade is illegal under both federal and state law. Just because New Jersey has already charged you does not mean the federal government cannot also charge you with a drug crime.

The South Jersey criminal defense attorneys at The Law Offices of John J. Zarych represent people accused with crimes in Atlantic City and throughout South Jersey. If you or your child was charged with prescription drug crimes, talk to an attorney about your options. There may be ways to get charges reduced or dropped, and there may be drug abuse programs you can enter to help avoid criminal penalties and get help with drug abuse problems. For a free consultation on your case, call (609) 616-4956 today.