What Happens if You Pull a Fire Alarm When There’s No Emergency?

When you were a student in school, there were probably a few days where somebody pulled a fire alarm and caused a panic over nothing.  Back then, the only repercussions were a trip to the principal’s office and some time off from class – but for adults (and juveniles) who pull fire alarms in movie theaters, casinos, hotels, and other establishments, the consequences are far more severe.  As our casino crimes lawyers will explain in this article, pulling a false fire alarm isn’t just a public nuisance – it’s a crime under New Jersey law.

Is it Illegal to Falsely Pull a Fire Alarm?

Every time a fire alarm goes off, it triggers a massive chain reaction.  Firefighters suit up, pile into fire trucks, and rush to the site of the emergency, prepared to combat billowing smoke and flames upon arrival.  According to Virginia-based Deputy Chief Ian Bennett, a staggering 98% of all alarms are false – but fire departments are obligated to treat every alarm as an emergency.  No matter how many alarms are frivolous, there is always a chance that someone truly does need rescuing, and fire departments simply can’t afford to gamble on the odds.

False fire alarms waste invaluable time, labor, and energy, while real emergencies might be unfolding elsewhere.  As a result, the state of New Jersey has enacted tough laws to discourage would-be pranksters from pulling alarms when there’s no real emergency.

However, there are a few different ways the crime can be graded (e.g. third degree, second degree) depending on the circumstances under which the offense occurred.  The lower the degree, the more serious the crime.  In the very “best” case scenario, you could be charged with a fourth degree crime – and at worst, you could even be charged with a first degree crime, the most serious offense grading of all. 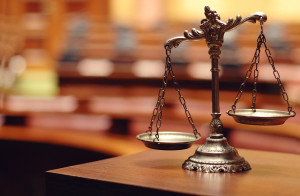 Under N.J.S.A. § 2C:33-3(e), it is a fourth degree crime to “knowingly place a call to a 9-1-1 emergency telephone system without purpose of reporting the need for 9-1-1 service.”  Notice the inclusion of the word knowingly.  It is not a felony to accidentally sit on your phone and call 9-1-1 by accident.

If you do call 9-1-1 by accident, do not hang up and redial – that will simply result in police officers being dispatched to your home.  Quickly tell the operator that you dialed accidentally and there is no emergency.

N.J.S.A. § 2C:33-3(a) makes it a third degree crime to “initiate or circulate a report or warning of an impending fire, explosion, bombing, crime, catastrophe or emergency” while “knowing that the report or warning is false… and that it is likely to cause evacuation of a building, place of assembly, or facility of public transport, or to cause public inconvenience or alarm.”

In simpler terms, it’s a third degree crime to deliberately pull a fire alarm or make a false bomb threat.  That applies to casinos, restaurants, bars, airports, apartment complexes, and any other type of structure or gathering place.  On a related note, it is also a third degree crime to transmit a false alarm to a fire department, police department, etc. (e.g. calling the police and telling them there’s a bomb).

Finally, under N.J.S.A. § 2C:33-3(c) you can be charged with a first degree crime if reporting a false emergency results in another person’s death. 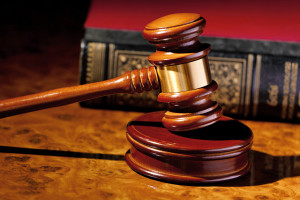 So just how serious are these crimes?  You need only look at New Jersey’s criminal penalties to get an idea of the severity of the charges:

As this article makes amply clear, pulling a false fire alarm isn’t a harmless prank – it’s a serious crime that can lead to prison time, devastating financial penalties, and the creation of a criminal record.

If you were arrested in New Jersey, you need an aggressive criminal defense lawyer on your side in the courtroom.  The knowledgeable Atlantic City criminal defense attorneys at the Law Offices of John J. Zarych bring more than 45 years of combined experience to each case we handle and give free initial consultations.

To set up your free, private consultation, call our law offices right away at (609) 616-4956.  We represent both adults and juveniles charged with misdemeanors and felony crimes including sexual assault, weapons charges, drug crimes, and more.  Se habla español.