Does New Jersey Have Stand Your Ground Laws?

Castle doctrine is an ancient concept dating back to the days of the Roman Empire.  In castle doctrine, a person’s home is their “castle” – and inhabitants of that castle have a right to use deadly force against anyone who intrudes.  Castle doctrine and Stand Your Ground laws became a subject of media controversy and public outrage after the fatal shooting of Trayvon Martin in Florida in 2012, leading many to wonder if and how Stand Your Ground could be applied in other states. In this article, our Atlantic City criminal defense lawyers explain castle doctrine in New Jersey, and how self-defense under Stand Your Ground laws can impact defendants who are charged with assault, homicide, and other violent crimes.

Self Defense Laws in New Jersey

If you or someone you love was charged with a violent crime involving an element of self-defense, Stand Your Ground laws could play an important role in the outcome of the case.  Under N.J.S.A. § 2C:3-4, which deals with the use of force in self-protection (self-defense), “Use of force justifiable for protection of the person… when the actor [defendant] reasonably believes that such force is immediately necessary for the purpose of protecting himself against the use of unlawful force by such other person on the present occasion.”  In other words, New Jersey’s statutes make allowances for protecting yourself when your safety is being threatened.

However, there are also limitations to this law.  As the statute goes on to add, the use of force is not justifiable in the following scenarios: 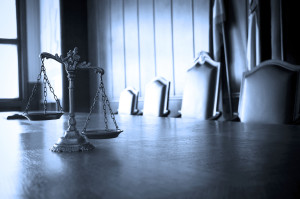 When is Use of Force Considered Reasonable?

While “reasonableness” is somewhat subjective, the statute does provide a five-point guideline, stating that reasonable belief exists when (1) the defendant was at his or her own house, (2) the encounter/intrusion was “sudden and unexpected,” and (3) the defendant had to take immediate action against the intruder/attacker.  However, even this isn’t enough.  In addition, one of the following factors must have also been in place:

“Duty to retreat” (on the part of the homeowner) is a key component of castle doctrine.  Some states impose this requirement, while others do not.  In most cases in New Jersey,  the defendant is “not obliged to retreat from his dwelling,” unless he or she was the “initial aggressor,” or person who started the conflict.  You also have a duty to retreat if you know that you can do so with complete safety.  If this is the case, then the use of deadly force is not justifiable.  The statute also provides that “a person employing protective force may estimate the necessity of using force when the force is used, without retreating.”

Finally, it’s important to point out the difference between force and deadly force.  The use of deadly or lethal force is never justifiable, “unless the actor reasonably believes that such force is necessary to protect himself against death or serious bodily harm.”

New Jersey’s Stand Your Ground laws can be confusing, and it isn’t always immediately clear whether a defendant’s use of force was or wasn’t justifiable.  An experienced attorney will be able to determine which defense strategies would be most effective at challenging the prosecutor’s evidence.

If you’ve been charged with homicide, assault, or weapons crimes in New Jersey, the weapons charges criminal defense attorneys at the Law Offices of John J. Zarych may be able to help.  To set up a free, completely confidential legal consultation, call us today at (609) 616-4956.  Se habla español.