Charges for simple possession of drugs is probably one of the most commonly charged drug offenses in New Jersey. However, despite the relative commonality of the charge, that does not mean that harsh and life-altering consequences are absent. In fact, aside from the formal consequences a drug possession charge can have, it may also make the individual ineligible for federal college loans and reduce employment prospects.

If you are facing drug possession and other related drug charges, don’t face the criminal litigation process or its potential consequences alone. Our simple drug possession defense attorneys have more than 40 years of combined experience defending against a broad array range of drug crimes. The New Jersey drug charge defense attorneys of the Law Offices of John J. Zarych fight strategically and aggressively to protect your rights and defend against the charges you face.

While the difference between being charged with 50 grams and 50.1 grams of weed may seem insignificant, there is a huge legal difference between the situations. In the former situation, as we discussed previously, the accused is facing charges similar to a misdemeanor. However, the later situation where possession greater than 50 grams of marijuana is alleged, an indictable offense can be charged. Indictable offenses are similar to felonies. Under NJSA 2C:35-10a(3), possession of more than 50 grams of marijuana can be punished with an 18 month state prison sentence and a maximum fine of $25,000. Additional penalties can apply including the loss of one’s driver’s license. 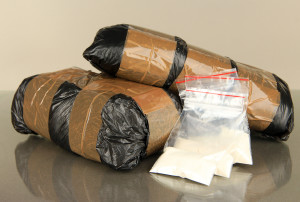 What Are the Consequences for Possession of Other Controlled Dangerous Substances?

Possession of heroin, cocaine, crack cocaine, ecstasy, meth or any other Controlled Dangerous Substance (CDS) is categorized as a crime, which is handled in the Superior Court. NJSA 2C:35-10 addresses the possession of other narcotics and controlled dangerous substances. In general, simple possession of most hard drugs can result in a three to five year prison sentence. Charges can also be advanced against an individual possessing prescription drugs without a doctor’s authorization. In addition to potential prison time, a conviction of any drug crime can affect your ability to find work or obtain housing in the future. If you are a college student, some drug convictions can make it impossible to receive federal student loans.

Defenses Against Simple Possession Charges Your Attorney May Invoke

Although the penalties for drug possession are varied, so are the arguments that we can present on your behalf. Depending on your situation, our lawyers may be able to convince the prosecution to drop or reduce the charges against you. One way we can do this is by challenging the prosecution on each and every material element of the case. Here are a few questions we may ask in the preparation of your defense:

Were You Arrested for Possession of Cocaine, Heroin, Prescription Pills or Other Narcotics? Our Attorneys Can Help

If you have been arrested for possession of drugs of any type in New Jersey, you face serious criminal penalties. Don’t delay in contacting one of our skilled criminal defense attorneys who can fight to protect your rights and freedom. To schedule a free criminal defense consultation call the Law Firm of John J. Zarych at (609) 616-4956 or contact us online. We are available seven days a week, including holidays.