Can a Registered Sex Offender Be Taken off Megan’s Law?

Megan’s Law is an umbrella term which describes New Jersey’s legal requirements for the sharing of public information regarding convicted sex offenders. There are two basic components of Megan’s Law: community notification, and mandatory registration as a sex offender. Becoming registered creates serious obstacles to personal and professional life, but as our sex crime lawyers will explain in this article, it may be possible to get removed from the registry.

Criteria for Removal from Sex Offender Registry in New Jersey

N.J.S.A. § 2C:7-2 requires mandatory sex offender registration for defendants who are adjudicated delinquent or convicted of a sex crime. Defendants who are found not guilty by reason of insanity are also required to register. Failure to register is a fourth degree crime, or fourth degree felony, punishable by up to 18 months in prison. Persons subject to Megan’s Law must register for life, with regular re-registration requirements. 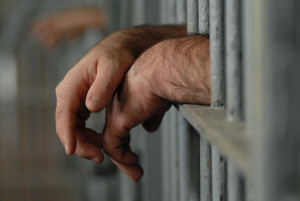 Speaking frankly, sex offender status is an enormous burden which negatively impacts virtually every aspect of life. Convicted offenders often struggle to find housing and employment opportunities, and may be stalked, harassed, threatened, or even physically assaulted despite laws prohibiting retaliatory or violent acts. Nobody wants to be a registered sex offender – but certain people may not have to.

N.J.S.A. § 2C:7-2 doesn’t only make provisions for becoming registered; it also addresses getting taken off the registry. In order to be removed from the registry, two criteria must be met:

If both of these criteria are satisfied, the offender may file an application with the Superior Court of New Jersey, ideally with assistance from an experienced criminal defense lawyer, who will file a brief in the appropriate jurisdiction explaining why the offender is a suitable candidate for removal. This brief will be reviewed by the court, in addition to other important documentation like police reports, probation records (where applicable), and the judgment of conviction (finding of guilt).

Courts are incredibly busy, and unfortunately it’s not realistic to expect a same-day or even same-week turnaround. Typically speaking, it takes a few months for the entire process to conclude.

Some offenders also qualify to be removed from the lifelong parole supervision requirement under N.J.S.A. § 2C:43-6.4c. The eligibility criteria are the same: a clean record lasting at least 15 years from the time of the conviction or release from incarceration, and no threat posed to the general community. 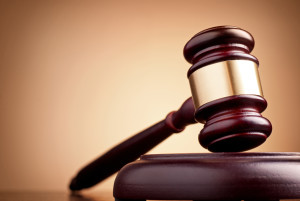 It’s important to note that certain offenders are permanently ineligible to apply for removal from the registry, even if they meet the requirements described above. For instance, no offender convicted of aggravated sexual assault or sexual assault involving coercion or use of force can ever be removed from the sex offender registry in New Jersey. For persons convicted of these offenses, registration is lifelong.

Likewise, certain convictions are ineligible for removal from the CSL (community supervision for life) requirement, including the following, effective October 31, 1994:

The rules are slightly different for juvenile offenders. Juveniles may apply for removal from the registry provided that both (1) they were 13 or younger when the offense was committed, and (2) they are now 19 or older.

If you were convicted of a sex crime in New Jersey and meet the criteria explained in this post, you may be able to get removed from the registry. If you’ve been charged with a sex crime, you risk being placed on the registry for the rest of your life. The defense attorneys at the Law Offices of John J. Zarych have more than 45 years of experience handling complex felony sex crimes, and have achieved favorable results for numerous clients. To discuss your legal matter in a free, completely confidential case evaluation, call our law offices at (609) 616-4956 today.