Can I Be Charged with Endangering My Own Child?

Child endangerment is a broad criminal charge which encompasses offenses ranging from sexual assault to child pornography to DWI/DUI (Driving While Intoxicated/Driving Under the Influence).  But can a parent be charged with endangering his or her own children?  If so, how will the mother’s or father’s parental rights, such as custody and parenting time, be affected?

Can a Biological Parent Be Arrested for Child Endangerment?

The technical term for child endangerment is “endangering the welfare of a child.”  In accordance with N.J.S.A. § 2C:24-4, “Any person having a legal duty for the care of a child or who has assumed responsibility for the care of a child” can be charged with child endangerment under certain circumstances.  This includes teachers, babysitters, step-parents, older siblings, aunts, uncles, grandparents, and yes, even the parents themselves, whether adoptive or biological.

Regardless of whether the defendant is the child’s mother, father, or has some other connection with the child, child endangerment charges may arise if the defendant allegedly:

A defendant’s biological relationship to the child or children is not a defense against child endangerment charges.  It is also not a defense to:

Your criminal defense lawyer will examine the evidence against you to determine which sort of defense strategy would be most effective in court. 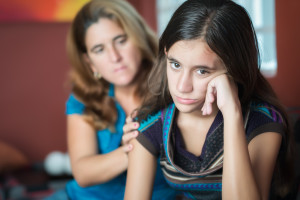 If you are divorced and are charged with committing child endangerment, it is possible that your ex-husband or ex-wife could seek to terminate your parental rights by proving that you are an “unfit parent.”

While there is no clear-cut definition of an “unfit parent,” speaking broadly, this is a legal term used to describe parents who are unwilling or unable to meet the best interests of their children by providing a safe and stable home life free of issues like substance abuse, sexual abuse, child neglect, truancy, criminal conduct, and/or physical abuse.  The courts will always place the best interests of the child over the preferences and desires of the parents – and if there is evidence that a parent will expose or has exposed his or her child or children to emotional, sexual, or physical harm, the court system will intervene to remove the child from the dangerous environment.

In accordance with N.J.S.A. § 30:4C-12, “Whenever it shall appear that the parent… or person having custody and control of any child within this State is unfit to be entrusted with the care and education of such child… or is endangering the welfare of such child, a written or oral complaint may be filed with the division [of Child Protection and Permanency].”

Once a complaint has been filed, the division “shall investigate, or shall cause to be investigated, the statements set forth in such complaint,” at which point the division “may apply… for an order making the child a ward of the court” (if the other parent is also unfit or cannot be located).

Not only is endangering the welfare of a child a felony (indictable crime) subject to incredibly harsh penalties – you could also be required to register as a sex offender, and could even lose the right to see your child.  If you’ve been arrested for child endangerment in New Jersey, it is critical that you have an experienced defense attorney on your side advocating for your parental rights, such as those at the Law Offices of John J. Zarych.  We also handle related charges, including child molestation and aggravated sexual assault.

To set up a free, completely confidential legal consultation, call the Law Offices of John J. Zarych and a sexual assault criminal defense attorney right away at (609) 616-4956.  We have over 45 years of combined experience representing clients throughout New Jersey, including but not limited to Atlantic County, Cape May County, Ocean County, and Camden County.  Se habla español.