Many cases involving contraband, such as drugs and unregistered firearms or illegal weapons, arise following a traffic stop. During the course of the stop, the officer may claim to notice suspicious or illegal activity and ask the defendant to search his or her vehicle. In particularly egregious cases, the officer may simply demand or make no request prior to carrying out a search.

While most people understand that they have certain rights from the state and federal constitutions that protect them from illegal searches and seizures, many people are not certain about the extent of that right. However, when charged with a serious crime due to alleged possession of a gun or drugs understanding your rights can make the difference between protecting your freedom and serving a lengthy prison sentence. The experienced criminal defense lawyers of the Law firm of John J. Zarych can fight to protect your rights and freedom. 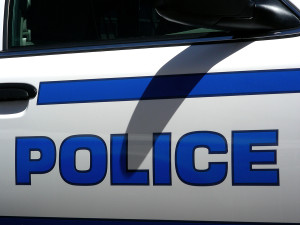 How Did the Search of the Vehicle Occur?

In March of 2009, a New Jersey State Trooper was engaged with performing his duties by patrolling I-295. The Officer was dispatched to an accident scene where he found a black car overturned on the highway’s median. The driver had already been removed from the vehicle and was in the process of receiving medical treatment for facial injuries from the EMTs who had already arrived on the scene.

At the accident scene, the officer was responsible for ensuring the driver’s safety from further injury, clearing the scene, restoring the flow of traffic, and preparing a police report to document the event. As any driver who has had a police report completed on their behalf can recall, completing the report requires the driver’s license, registration, and proof of insurance. In this case, the officer did not ask the driver for the documents. The officer simply walked over to the overturned vehicle and attempted to retrieve them.

While in the process of retrieving the documents, the officer noticed a handgun in a backpack that had allegedly been left open. Furthermore, the officer discovered a small bag containing marijuana. The driver was arrested on the scene and charged with drug and weapons crimes.

The Driver Moves to Suppress the Evidence

Upon being charged, the driver filed a motion to suppress the evidence gathered by the state trooper alleging that the trooper’s entry into the vehicle constituted an intent to search and was not merely to retrieve documents as the officer claimed. The defendant also claimed that the trooper should have spoken to him first to establish ownership of the vehicle prior to the officer’s entry into the same. The prosecution countered and claimed that the discovered evidence was in plain view and thus it fit into an exception to the requirement of a warrant. At the trial court level, the judge ruled that the evidence could not be suppressed. The defendant appealed.

At the appellate level, the trial court reversed the trial court’s holding. The appellate court held that the trooper was permitted to enter the vehicle in solely in circumstances where the defendant is unable or unwilling to produce the license and registration. The appellate court determined that because the driver’s injuries were not life threatening the trooper had three basic options. First, he should have given the driver an opportunity to retrieve the documents himself or with the help of another person. If this was not possible, the trooper should have retrieved the information from the driver at the hospital. Failing that, the officer could have sought the information following the driver’s medical release. 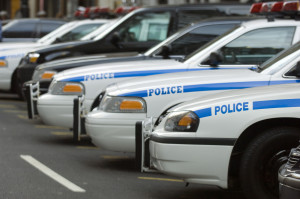 The New Jersey Supreme Court unanimously affirmed the appellate court’s ruling holding that a driver must be afforded an opportunity to voluntarily produce these identifying documents. Only after presenting this option and the driver refusing to do so or being unable to do so may the officer conduct a search for the documents. The court held that when a police officer decides to conduct a search merely for efficiency and expediency and without providing a reasonable opportunity to consent to the request, even the plain view exception is ineffective because the officer must be in the viewing are lawfully.

If you are facing serious criminal drug or weapons charges, the experienced criminal defense team of the Law Firm of John J. Zarych can fight for you. To schedule a free and confidential criminal defense consultation, call us at (609) 616-4956 or contact us online today.