What Happens if I Give a Fake ID After a Car Crash in NJ? 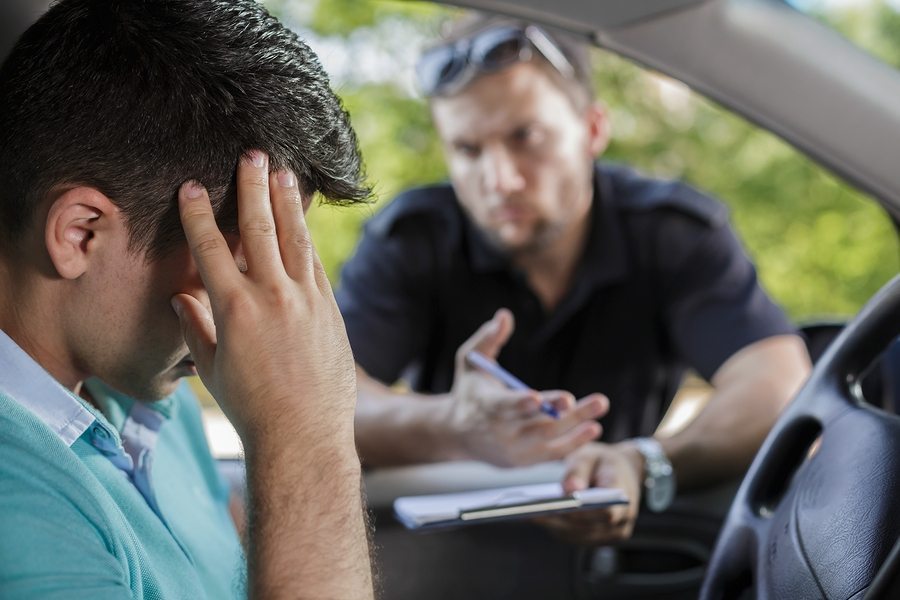 Being involved in a car crash can be stressful, especially if you were at fault for the accident.  If there are tickets involved, insurance information to exchange, and possibly even charges of driving under the influence/driving while intoxicated, you may be tempted to give false information to the other driver and to law enforcement to try and hide from any penalties.

A recent South Jersey arrest for insurance fraud is just one example of why you should never give a fake ID after a car crash, but there are a long list of other crimes that you could be committing and penalties that could apply. Our New Jersey criminal lawyers explain more.

What Crime Could I Be Committing in New Jersey?

Giving a fake identification is never a good idea any time you interact with the law.  Whether that be the law of insurance, civil law due to a car crash, criminal law with traffic tickets and fines, or any other contact with law enforcement.  Even if there are no police involved, you could still be setting yourself up for criminal charges if you lie about your identity.

First, we will examine what could happen if you are involved in a car crash, no police are called, no tickets are given, but you still lie to the other driver about your name.  If you exchange insurance information, and that false name is linked to that insurance, you are likely committing insurance fraud.  The New Jersey Insurance Fraud Prevention Act and N.J.S.A. 2C:21-4.6 govern not only presenting false or misleading information directly to an insurance company, but also getting another to present false or misleading information to an insurance company.  Since the other driver will be submitting your fake name to their insurance company, you will have violated this law.

Further, if you give a name other than your own, whether it is the name of another real person or a fake name, you could be committing identity theft.  Under N.J.S.A. 2C:21-17, impersonating another, using a false identity, lying about someone else’s identity, or even merely obtaining that false information with the intent to avoid prosecution of a crime or to get any other benefit is all squarely within the definition of the crime of “impersonation” or “theft of identity.”

Using the personal identifying information of another is also a separate crime.  If you use the name, age, etc. or have the driver’s license or other document of another person without permission, that is a separate crime under N.J.S.A. 2C:21-17.2.  There is an exception to this rule that makes it a much less severe offense, if the ID is only used to purchase alcohol while under twenty-one.  There are no other exceptions based on mere traffic tickets – using someone else’s identity is a crime.

If police are involved, and there is some charge against you – whether that be a traffic offense or something worse like DWI or assault by auto, lying about your identity can get you into even worse trouble.  Obstructing the administration of law or a government function is a crime under N.J.S.A. 2C:29-1.  That means purposely blocking or harming an investigation or prosecution of a crime.  While if usually covers things like hiding or destroying evidence, it also includes any other illegal act that impedes the investigation or prosecution.  Since giving a false ID is already unlawful, if doing so slows down the investigation of another crime, it all stacks up to even more offenses.

What are the Potential Punishments?

For the insurance fraud offense, there are a series of civil penalties you can face on top of the criminal charges.  The crime itself is a second degree crime and is punishable by five to ten years in prison and up to $150,000 in fines.  The Fraud Prevention Act also gives the opportunity for civil suits against you from the Commissioner of Banking and Insurance, as well as the insurance company that was lied to, plus surcharges.

The impersonation and identity theft charges have their own criminal penalties, as well.  If the fraudulent ID involves getting a benefit or denying a benefit to another of less than $500 and only one fake ID is used, then it is a fourth degree crime punishable by up to eighteen months in prison and a $10,000 fine.  If the benefit you gain or deny is over $500 (but under $75,000), or you use two to five fake IDs, the crime is a third degree crime with three to five years in prison and fines up to $10,000.  Anything higher than $75,000 or more than five fake IDs is a second degree crime with five to ten years in prison and up to $150,000 fines.

The obstruction offense is a fourth degree crime, with punishments up to eighteen months in prison and fines up to $10,000.

If you have been charged with any crimes related to identification or insurance fraud, contact the Law Offices of John Zarych for a consultation on your case.  Call (609) 616-4956 for help with your false ID case, or check out our information on other driving offenses, such as our page on being charged with a DWI in NJ.