What’s the Difference Between Murder and Manslaughter?

Being charged with any crime is a stressful and upsetting experience, especially when the allegations involve homicide. While all homicide charges are extremely serious and demand immediate attention from a highly experienced criminal defense attorney, it’s also important to distinguish between the three different types of criminal homicide which are established by New Jersey law: murder, manslaughter, and death by auto. Each of these crimes has a different legal definition, and will result in different penalties if the defendant is convicted. In some instances, it is possible to have murder charges reduced to manslaughter.

When is Homicide Charged as Murder?

It’s a common misconception that murder and homicide are synonymous. Homicide may involve murder, but it can also be categorized as manslaughter or death by auto, commonly referred to as vehicular homicide. All of these offenses involve the death of another human being, but what sets them apart is the defendant’s intent and the circumstances of the crime.

Needless to say, death by auto is charged only in instances involving vehicles. The distinction between murder and manslaughter is more complex.

Murder is charged when the defendant allegedly acted “purposely” or “knowingly,” meaning the murder was deliberate and intentional. Under N.J.S.A. § 2C:11-3, the criminal statute which sets forth New Jersey’s definitions and penalties for murder, murder can be charged in three scenarios:

This applies whether the defendant acted alone or with other people. If you or a loved one have been charged with murder, it is imperative to contact an experienced New Jersey murder defense attorney immediately. 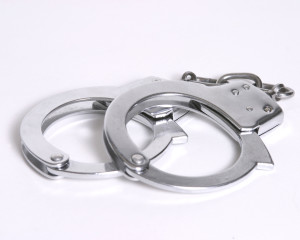 New Jersey calls misdemeanors “disorderly persons offenses” (also known as DP offenses) and felonies “indictable crimes” (or simply crimes). Murder is graded as a crime of the first degree, or first degree felony. Normally, New Jersey limits prison sentences for first degree crimes to 10 to 20 years. However, because murder is such a serious offense, sentencing is increased as follows:

There are also some specific circumstances where the penalties increase even further, becoming elevated to life without the possibility of parole. These circumstances include, but are not limited to, the following: 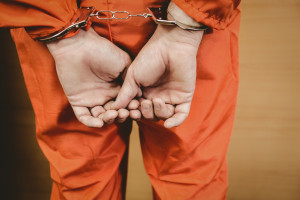 Manslaughter is defined by N.J.S.A. § 2C:11-4. There are two scenarios where homicide will be charged as manslaughter instead of murder:

Aggravated manslaughter is more serious because of the factors it involves, described below:

If you’ve been charged with murder, manslaughter, or death by auto in New Jersey, you face spending years, decades, or even the rest of your life in prison. When the stakes are this high, you simply cannot afford to go against the prosecution on your own. You need an aggressive murder defense attorney on your side in the courtroom.

To start talking about how our legal team may be able to help you in a free and completely private legal consultation, call the Law Offices of John J. Zarych right away at (609) 616-4956. We represent clients throughout Atlantic County, Camden County, Cape May County, Burlington County, and Ocean County. Se habla español.